Lift Plug Valve; an alternative to the Ball Valve

It’s true that some inventions even when improved, remain unbeatable. One such tried and tested idea may just be the lift plug valve.

Metal seated ball valves have been the trusted technology for many applications where high pressure or temperatures are endemic to the process, but they do have issues. For example, oil and gas can contain impurities that damage the ball seats over a period. As a result, this can cause in-line leakage.

This is made worse when sand grains trapped between the ball and the seat cause friction, wearing away the surface of the seat.

The answer could be to use a SchuF metal seated lift plug valve.

Why choose a lift plug valve instead of a ball valve? 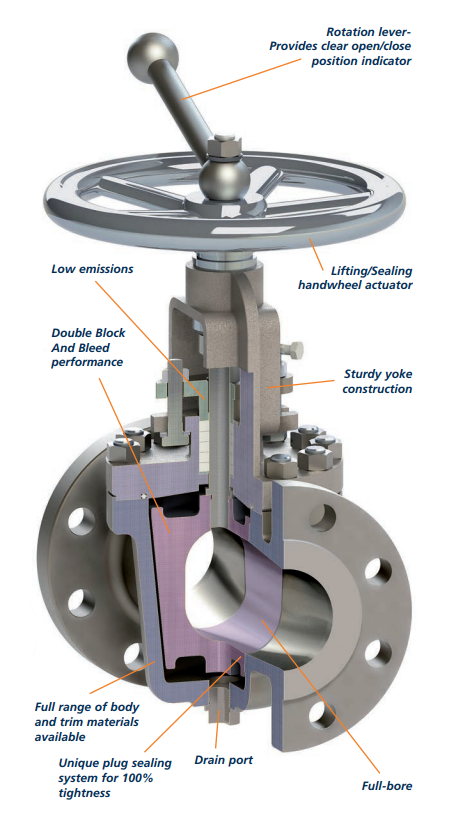 Like the ball valve, it allows 90 degree operation and is suitable for high pressure/temperature applications. In addition, the tapered plug is raised from the seat, so friction does not cause any damage.

In comparison to the ball valve, the seat of a lift plug valve is larger. This virtually eliminates the chance of leaks caused by wear.

Harsh media such as those processed in coking plants can destroy valve seals in a matter of months. SchuF lift plug valves are reported to last up to four times longer before maintenance is required. That means four times more production before earning potential is disrupted.

SchuF also offers three and four-way lift plug valves, adding not only value but flexibility to your process design.

That flexibility, created using the highest specification tolerances through precision CNC machining, has allowed SchuF to supply valve solutions that have handled temperatures of 800°C. This proves the lift plug valve is ideal for many niche applications.

There will always be process engineers who are quite conservative – sticking to the ball valves they know and love – accepting and working with the imperfections. However, with the added value of longer periods between maintenance and ultimate replacement, alongside the other easily explained benefits, it has to be worth a conversation with Valve and Process Solutions. Speak to one of our in-house valve specialists.